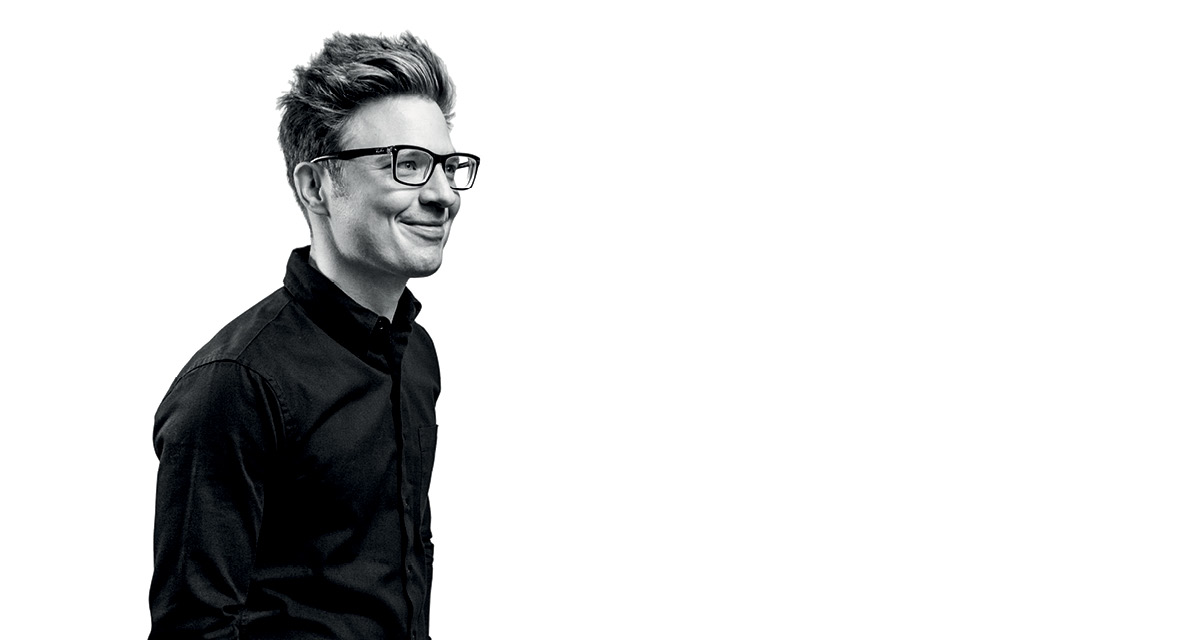 Jeremy Darlow is a leading brand consultant, adjunct marketing professor and former director of marketing for adidas Football and Baseball who in the course of his career has worked with some of the most heralded athletes, including Aaron Rodgers, Dale Earnhardt Jr. and Lionel Messi. When it comes to branding, he believes in consistency and frequency – brands should tell a single story if they want to be known for that story –, and points out that while athletes and teams now have the word ‘brand’ in their vernacular, only few know what to do with it.

Darlow puts a lot of focus on the development of marketing potential in young athletes to teach them at a young age how to build a brand that can lead to success in life long after their athletic career is over, which is also the topic of his second book “Athletes Are Brands Too.” His first book “Brands Win Championships,” on the other hand, is a brand­building guidebook for college athletic programmes. In the conversation with SPORTO he offers clear insight and advice on brand building and brand management, which should begin with careful research and analysis based planning – steps that many athletes and organisations are still skipping.

SPORTO: As the author and brand consultant you are focusing on the importance of strategic marketing and building of brand story for athletes, teams and organisations. Are the importance and the impact of strategic, long-term branding still not receiving enough attention in sports?
JEREMY DARLOW: We are just scratching the surface on the impact brand marketing can have on sports. Athletes and teams now have the word ‘brand’ in their vernacular, but few know what to do with it. In the next few years, I think we will start to see a more conscious priority placed on brand development across both athletes and teams, at all levels.

“Companies and athletes alike suffer from the same problem: the tendency to skip steps. Brands are built from months of research and analysis of the competition, the industry and themselves.”

Sweden’s star footballer Zlatan Ibrahimović has recently left Manchester United to join LA Galaxy. His move to Major League Soccer (MLS) created a lot of buzz that was further enhanced through his announcement in the LA Times’ full-page ad saying, “Dear Los Angeles, you’re welcome.” He fulfilled his big promises already at the first game by scoring two decisive goals in only 20 minutes. And the tagline on his social media profiles reads “Lions do not compare themselves to humans.” Could we say that he has delivered on his promise also in terms of branding?
I think we need to be careful relying on in­game performance as it relates to brand development. There is so much that is out of an athlete’s control on the field or court that it puts the individual in a very precarious situation should anything go wrong. My goal is to teach these young men and women how to build brands that help set them up for success in life, regardless of what happens in athletics.

It has been over a decade now since David Beckham made his LA Galaxy debut, and later made a big impact on football in the USA. He is currently a part owner of the new MLS franchise in Miami, Florida. Beckham is probably one of the best managed and marketed brands in the world of sport. What do you think can we learn from “Brand it Like Beckham”?
Beckham was one of the first athletes to build a brand bridge between sport and life. The former Galaxy star has said in interviews that he was always aware of his appearance, even as a child, and that passion for style carried through to his adult life. He was brilliant in the way he brought style to the football pitch, setting him up for sponsorship deals with apparel companies that would ultimately pay him well after his football career ended.

“David Beckham was brilliant in the way he brought style to the football pitch.”

Shaquille O’Neal was the first-star athlete to announce his retirement on social media (via Twitter in 2011). Digital platforms have developed dramatically in the last years. What is your view of today’s digital environment as a platform for sports brand building?
Being on Twitter does not build a brand. What you post to Twitter and the story you tell there builds a brand.

You advocate the personal brand building for athletes at a young age; however, we live in a content-cluttered world where it is difficult for young athletes to cut through. What would you advise them to best capitalize on their success and potential?
Companies and athletes alike suffer from the same problem: the tendency to skip steps. Brands are built from months of research and analysis of the competition, the industry and themselves. Yet, most will forgo the front­end legwork and skip straight to activation, ultimately failing because they never bothered to build the map that tells them how to get to where they want to go. My advice? Do not skip steps. Quit driving with your eyes closed. Draw a map.

“Consistency and frequency are two crucial pillars to any successful brand story” is a strong quote from your book. Could we talk about the art of consistency in communications? Consistency and relevance still seem to be the biggest challenges for sports properties and sponsoring brands.
Which of these sequences is easier to remember? A­A­A­A­A or T­N­W­A­8? Obviously, the first one is easier for a simple reason: consistency. Brands that tell a single story become known for that story. Brands that constantly change their story, are not known for anything. Marketing is a simple game.

You also closely follow the US college basketball. Relative to the March Madness and the Villanova win you pointed out that the media moves on quickly and that there is only a small communication window after the championship ends. In your book, you are referring to two ‘windows’ that teams should consider in communication and branding: the big window (before the crucial moment) and the small window (after the crucial moment and the win).
Planning is the key to everything we do in marketing and there is a specific procedure in our profession called ‘planned reactive,’ which means your marketing team is ready for any of the numerous potential results. In the case of athletics, you are either going to win or lose, you better have a plan either way.

“Which of these sequences is easier to remember? A-A-A-A-A or T-N-W-A-8? Obviously the first one is easier for a simple reason: consistency.”

And a more personal question at the end, what is your favorite sports brand (athlete, team or event) and why?
Muhammad Ali, hands down. Ali was one of the first athletes to transcend his sport and become a cultural icon. He had an incredible impact on our world, none of which had to do with his greatness in the boxing ring. He was a humanitarian who used his athletic celebrity to help people in need. A true legend.

The interview was first published in SPORTO Magazine No. 11 (May 2018).