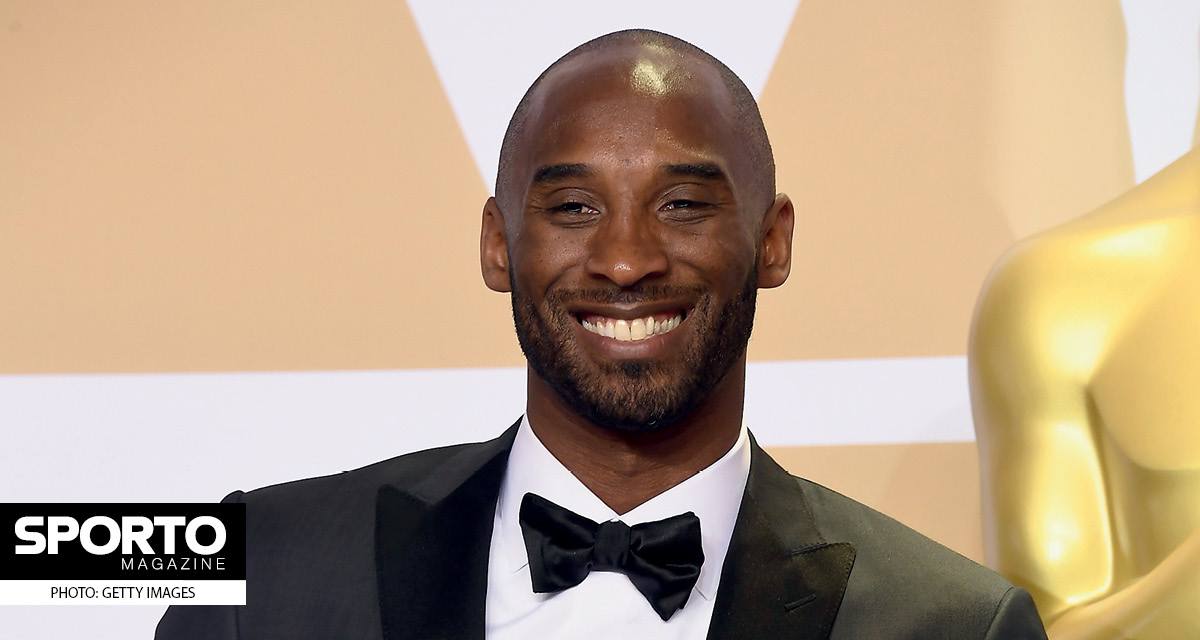 For quite some time now, sports fans want to know more than just what is happening on the court. The National Basketball Association (NBA) is a clear example of how outstanding athlete-generated content can engage (even) wide(r) audiences and, in some cases, also offer brands a different, very native channel to spread their message in an unintruding way.

From Michael Jordan’s “Space Jam” to Kyrie Irving’s “Uncle Drew” – which will soon be ‘immortalised’ in a Hollywood feature film –, it has always been about delivering outstanding and appealing content to an interested audience that wants and values engaging content connected with their heroes. Kobe Bryant knows that, too: his short animated film “Dear Basketball” has recently even won him an Oscar!

Kobe’s Oscar even better than a NBA Championship ring?

What started as Bryant’s retirement announcement posted in 2015 on Players Tribune (a new media company that provides athletes with a platform that allows them to connect with their fans directly and in their own words) escalated three years later into a state­of­the­art short animated film, for which the five­time NBA champion received an Academy Award. When Bryant, who not only gave his words and voice to the film, but was also its executive producer (he shared the award with Disney animator Glen Keane), received the golden statue from the hands of the Star Wars star Mark Hamill, he said it felt even better than winning championships. “This is crazy, man, it is crazy,” he said. The media was full of praise for the 39­year old Bryant, who has proven that all the doubters labelling his goals of becoming a storyteller after his retirement as ‘cute’ were wrong. His story, both written and filmed, from the humble but very determined beginnings to the end, when his heart and mind were still willing to go on, but his body clearly said it was time to say goodbye, is simple but at the same time incredibly complex. It tells the great life story of a basketball player in a coherent and intriguing way, with a short text that transfers all the emotions into a five­minute film, which is something remarkable and special.

Another nice example of athlete­generated content is Irving’s ‘alter ego’ Uncle Drew: an old man with impressive basketball skills played by the NBA star. The character was first introduced as part of Pepsi’s marketing campaign with Irving in 2012, but has since grown into something much more. On 29 June, a full­length Hollywood film is to be released and while its success is yet to be seen, the viewing numbers of the trailer indicate it has a lot of potential. It has reached 3.8 million views on YouTube in just two days and 7.8 million in less than a month. The film features prominent Hollywood actors such as Milton “Lil Rel” Howery and the retired NBA superstars Shaquille O’Neal and Reggie Miller. While it is very clear that Pepsi (with its parent company PepsiCo) is behind the project – their branding cannot be missed –, they have supposedly found a format where the investment makes sense and the brand exposure is not irritating to viewers. Pepsi’s confidence relies on the fact that their Uncle Drew campaign, which started off as a web series, has already earned them a Gold Award in the branded content category at the Addy Awards, the world’s largest advertising competition, and the Silver Award in the same category at the Cannes Lions International Ad Festival.

“The success of ‘Uncle Drew’ changed the way all of us at Pepsi now think of digital marketing,” said Adam Harter, vice president of consumer engagement, for ESPN. “It comes at a time where advertising is going from the interruptive model of trying to get your attention while you are watching something that you want to watch to a model that is more inviting, where people actually want to watch the engaging content that you produce.” The value of the contract with the Boston Celtics’ guard is not public, nor is its duration – it has only been mentioned as ‘multiyear.’ Pepsi is expected to further leverage the character (and Irving) in retail through point­of­sale displays.

When on the subject, it is of course impossible not to mention probably the greatest player in the game’s history, who was also featured at the height of his career in a ‘half­film’ (the first of its kind: part film, part animated film) and is still remembered by basketball fans: Space Jam. Filmed in 1996, it takes “His Airness” into a fictional world where he is joined, among others, by the famous Hollywood actor Bill Murray and Warner Bros’ animated Looney Tunes character Bugs Bunny in a ‘good vs evil’ basketball game. Hugely supported by Nike – the plot idea is based on their 1993 TV advert where MJ was playing basketball against “Marvin the Martian” and his turkey­like alien henchman –, the film received very positive reviews and even better box office results. It remains the highest grossing basketball movie of all time and the twelfth highest grossing sports movie of all time. Given that the movie made about €200 million in the first year and knowing that Nike (with its brand Air Jordan) just recently released a new limited­edition Space Jam line of clothes, it is hardly surprising that this approach – if done right – is something the athlete, the fans and the sport business industry are so keen on.

We use cookies to ensure that we give you the best experience on our website. If you continue to use this site we will assume that you are happy with it.OkRead more